5 Things You Need To Know About THE WORMWOOD CODE

Obviously the title there is just a bit of internet hype, in the way you get those articles headed 20 Outrageous Moments When Miley Jumped The Shark and 10 Words That You Should Never Use Again Or You'll Die. No one needs to know anything about The Wormwood Code. However, since you're here…

It is the spring of 2005. A dark shadow has risen in the south. Indeed, he's already been Prime Minister for eight years.

Having embroiled the nation in two wars, and facing the cancerous rancour of bitter infighting within his own party, the PM faces his darkest hour when his personal hairdresser is found murdered just three weeks before the General Election.

As plots and counter-plots swirl around him like demonic wringwraiths intent on casting him into damnation, the PM knows there is only one man who can save his hair... 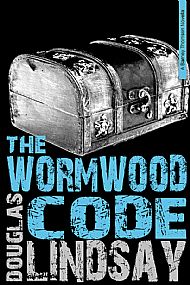 The first in the Prime Minister Barbershop Trilogy, The Wormwood Code is the legendary Barney Thomson novella thought to have been lost for all time.

4. So this one came before End of Days and Zombie Killer? Wow. Tell us how it happened?

Wormwood Code author, Douglas Lindsay, 57, gave some insight into what lay behind the writing of the book in an interview he gave to Loose Women in the summer of 2008.

"I had this idea of writing a daily novel online, and chose to set the story in the midst of the 2005 General Election campaign. Of course, that was a pretty fucking boring campaign, by the way, the result determined long before the voters went to the polls. Still, I enjoyed putting Barney in the middle of it, and controversially he also took along Igor, even though up to this point, Igor hadn't actually appeared in a UK-published book. He's really just there to attract the female readership. Women love Igor. And there's knitting. No, I'm kidding, there's no knitting."

3. So why hasn't it appeared before now?

It was lost, buried for centuries beneath a pile of Nazi war loot in an old abandoned warehouse in Ethiopia.

It suffers in comparison to its younger, but better formed brother, THE END OF DAYS. When it came to publishing a Barney Thomson novella in ebook format, The End of Days stood out as the perfect Barney Thomson story, the distilled essence of barbershop magnificence in a deliciously small package of comedy, satire, murder and apocalypse. The Wormwood Code, while being essential Barney Thomson and a great read for the millions of fans of the series, is quite similar to End of Days, but a more rambling, less focused narrative.

The long term future of the novella is in the hands of uber-publishers, Blasted Heath. It may be made available for purchase, or it may be appended to one of the other Barney Thomson titles. In the meantime, readers get hold of a free copy by clicking this link.