The Forthcoming Return of DCI Jericho - 2

I can’t remember exactly when WE ARE THE HANGED MAN was first released. On its Amazon Kindle page it states 5th December 2013, but that’s only because that was the date that Blasted Heath transferred distribution of all their titles to Faber Factory. I think Hanged Man might have been out in August the previous year. So that’s three years ago.

In all that time, I’ve had literally one person write to me to say they hoped the follow-up would be along soon. One. This, obviously, has put me under similar pressure to what George Martin must be feeling over the next Game of Thrones.

I didn’t originally intend leaving it that long. While Hanged Man doesn’t exactly end on a cliffhanger, it does end with a great raft of unanswered questions. It demands a follow-up, (obviously far more than the audience demands a follow up.)

Anyway, it’s done at last. WE ARE DEATH. Not quite due for release yet, but coming very soon. Here’s the blurb:

A man is murdered on the Somerset Levels, a bullet in the head from three feet. Jericho soon learns there was a connected killing the previous day in the Swiss Alps.

Death comes in the post, and quickly strands from the past become entangled; the hunted mountaineers, a long lost secret, the mystery of Jericho's wife, and the covert organisation, working in the shadows, always in control.

Joined by DI Badstuber of the Swiss police, Jericho travels across Europe, to North Africa, chasing an invisible killer. But Death is always one step ahead, while his past, sinister and terrifying, is closing in. 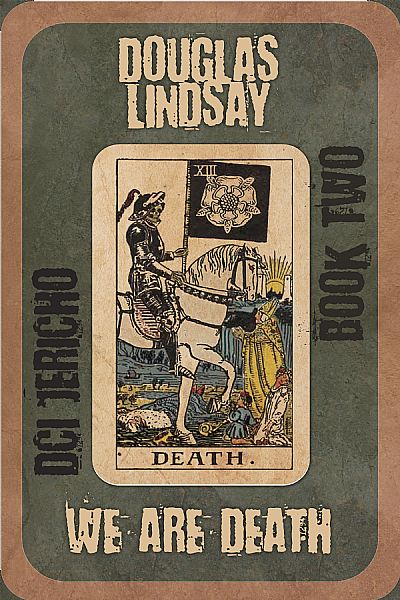 The tone is quite different here from Book 1, which wasn’t necessarily my intention. The only explanation I can give, is that I must have been far more miserable when I was writing HANGED MAN. While DEATH still has its share of misery, murder and nastiness, it feels much more like a Dan Brown-esque caper.

Comment from Ewan Hendry at 02:54 on 03 November 2015.
At least it's still a caper , with the same amount and standard of humour, miserable or otherwise will still be highly entertaining. "Hurry up Blasted Heath" !