The Legend of Barney Thomson continues its late stab at the UK box office. This week's figures (last week in brackets):

So, the numbers aren't collosal, but the main thing is that the movie is a having a decent late run, hanging around in cinemas that it didn’t reach before. Would have been better if it had just been released everywhere in the first place, but that’s how it goes.

It’s interesting though, that a movie like Ant-Man, which was obviously a huge Hollywood thing with all the associated crap attached, and has taken over £16million at the UK box office and was released just a week before Barney, has now fallen behind Barney in the rankings, down to weekend takings of just over £11k. Everyone saw it when it came out, and now it’s drifted away into the margins. People didn’t get the chance to see Barney so much, and so it’s sticking around a little more.

The DVD release over at the Evil Empire now has a barbershop pole graphic around the image. Nice look. 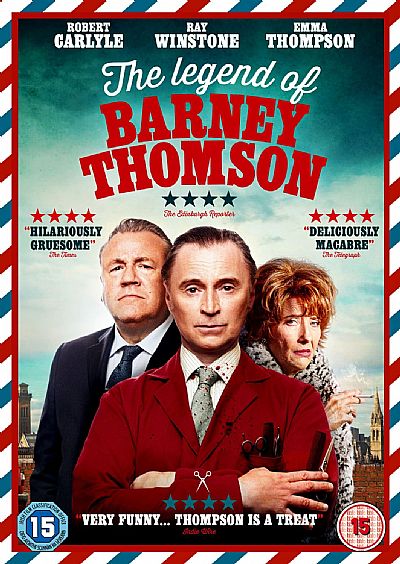