Following the catastrophic collapse of digital publisher Blasted Heath, and the uncertainty over the future of Freight Books, the team here at Long Midnight Publishing – Beth, Shackleton, Malky Eight Feet and I – have been working on getting my back catalogue back up online.

As Blasted Heath sank into the mire, and the machinations of the publishing behemoth ground grimly to a standstill, sales fell away. To quote Galadriel:

Some things that should not have been forgotten were lost. History became legend...legend became myth. And for two and a half thousand years Lindsay’s books passed out of all knowledge.

It’s fair to say that right now, at this moment in time, literally no one has heard of me.

Are there more pressing problems for humanity on the planet? Hmm… I’m not sure, to be honest. Things seem pretty settled out there. Quick check of the news, doesn’t seem to be much happening.

Nevertheless, this attempt to salvage something from the wreckage of a career of a writer who critics once called “some guy who wrote a book”, is of little significance to anyone other than we few at LMP. But the work is afoot, and we begin today with the two Jericho novels, WE ARE THE HANGED MAN and WE ARE DEATH.

While being closely interlinked, the books are quite different in tone. HANGED MAN is a brutal serial killer novel. DEATH is more of a spy thriller, with the detectives in pursuit of an assassin around Europe and North Africa. As you read it, you may find yourself thinking, Jesus Christ, it’s Jason Bourne*, every now and again.

For this weekend, HANGED MAN is avaiable free on Amazon Kindle. 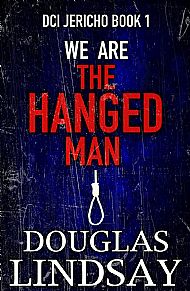 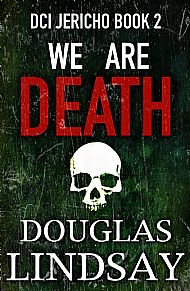 * Jason Bourne not in actual book

Comment from Billy Chetterbock at 15:07 on 10 June 2017.
What do do you mean Jason Bourne is not in the book??? I thought he was the killer! Damn it! Anyway, glad to see you back out there!