Back Catalogue 2 - Being For The Benefit of Mr Kite!

In today’s exciting edition of Back Catalogue – the series about my re-published old books that critics are already calling ‘more words on the internet’ – we’re looking at 2014’s Being For The Benefit of Mr Kite! a surrealist, Murakami-esque quest novel about the Beatles, coffee, plane crashes and jigsaws.

Every now and again the crime writer who doesn’t really want to be a crime writer will try to write something different. Something to help him break out the crime writing rut. Now, if one wants to make money, the crime writing rut is as good a writing rut to be in as any, of course. Possibly the best. And let’s not pretend that I’ve made so much money writing crime novels, that I can look down from my gold-plated toilet seat on the seventy-third floor of a Manhattan apartment block with my name on the front and think, I’ll have a go at modernist surrealism for a change.

Nevertheless, on occasion I throw off the shackles of the serial killer and the miserable, maverick detective, and try something else.

Being For The Benefit Of Mr Kite! began life as a story about a guy who thinks himself off a crashing plane. That was it. In fact, it began life as me sitting in a plane in turbulence thinking, if this plane is going to crash I wonder if I could think myself off it. And then I thought, if this plane crashed and I wasn’t on it, just how much trouble would I be in? Nobody is going to think MIRACLE! They’re going to think, obviously you weren’t on that plane in the first place, so WHAT THE FUCK IS GOING ON, YOU TERRORIST MOTHERFUCKER? WHO ARE YOU WORKING FOR AND HOW DID YOU MAKE THE PLANE CRASH?

And that was how it happened.

As Gandalf the Grey said about Being For The Benefit Of Mr Kite!:

His treachery runs deeper than you know. By foul craft, Lindsay has crossed the Beatles with jigsaw men. He's breeding a book in the caverns of Isengard. A book that makes little sense and covers many pages. Lindsay is coming for the soul of literature… 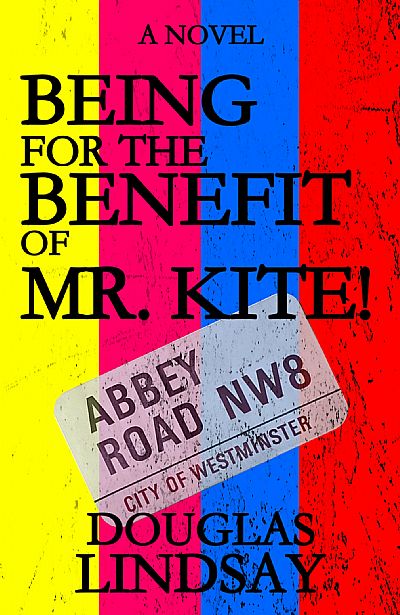