Today in Back Catalogue, the series about my old books that critics have described as “too big to fail”, we’re going to look at the Barney Thomson extras; the compendium, the novellas, and the short stories

I gave a talk to the Scottish Club of Tallinn last evening. I was on before the chap talking about the slaughter of Scottish mercenaries by Baltic Germans (who were on the same side) at the siege of Wesenberg (now Rakvere) Castle in 1574.

I only spoke for about twenty minutes, covering The Long Midnight of Barney Thomson, the Carlyle movie, and then onto Song Of The Dead, doing a couple of short readings along the way. To begin with, I told the story of Beano*, the Glasgow barber who’d been the inspiration behind the character of Barney.

Then, last night I had a dream that I’d gone back to my old barbershop. There was an empty barber’s chair, the position vacant. I asked the guy cutting my hair what had happened to Beano. He wasn’t sure. Then I mentioned the book, and that I’d written it, and a shadow crossed the barber’s eyes. He looked troubled, and refused to speak to me again. The implication that I had ruined Beano’s life hung in the air like Shelob’s web.

Then I woke up.

Anyway, here we are with the second installment of the Barney back catalogue. It includes:

The Barbershop 7: The complete set of seven novels, with a free bonus novella, The Wormwood Code, in which Barney becomes the personal barber to PM Tony Blair.

The Face of Death: Set between novels 2 and 3, an early sighting of Igor, everyone’s favourite deaf, mute hunchbacked barbering assistant.

The Curse of Barney Thomson & Other Stories: Some shorts, and a few rejected barbershop scenes from earlier work. The most up-to-date story in the Barney Thomson Universe is The Adventure Of The Marble Tibetan Head, contained herein.

Of the personal barber to the PM stories, The End of Days is definitely the best. Or, the only one worth reading, to put it another way.

So that’s it for Barney. We may see him again one day…

*May not be actual name 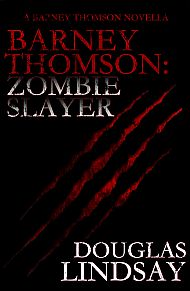 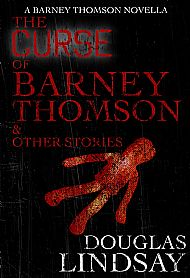 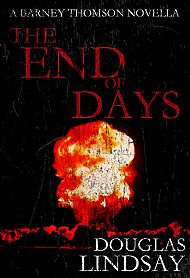 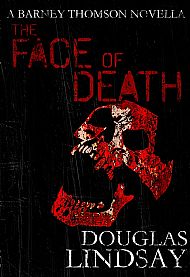 Comment from Carola at 01:29 on 30 June 2017.
I desperately need more Barney in my life.
Comment from Markus at 22:24 on 01 July 2017.
Sometimes I look for pages to surf to in order to avoid having to go to bed. This is the kind of situation that makes me come here. I am sad to hear that the blasted heath thing didn't work out for you. Still, reading the couple of blog posts that I haven't read until now convinces me every time that you are a goddamn genious. Your jokes are exactly my cup of tea (or as the Polish say: moja kanapka, which translates to "my sandwich"). Rarely do I laugh in these dire times of ours but coming here I always laugh. Loudly. You are a funny man. You are my hero. (I'm not very drunk).
Comment from Douglas at 08:36 on 04 July 2017.
Markus,
Thanks, man. Appreciate it.
New crime series coming at the end of the year, in English and German, so you never know. One of these damned days...
Douglas