In the spring of last year the chaps at Blasted Heath decided to throw in the towel. It would be about a year before they’d finally ship the last ebook from their warehouse in space-time, but the decision was made and everyone went off to pursue other activities.

I asked Al Guthrie if it was possible that he could go back to being my agent, now that he was no longer my editor. He said he wouldn’t be taking on any more clients, as he was going to concentrate on his new job as UK editor for the digital arm of German entertainment conglomerate, Bastei Luebbe. However, he added, (perhaps glibly, I wasn’t sure,) that if I could come up with a new Glasgow crime series it might be suitable for Bastei.

I’d just received the go ahead from Freight to write The Boy in The Well, the follow-up to Song Of The Dead, and the writing of that already felt a little behind the curve due to Freight taking so damned long to tell me they actually wanted it. So, on the one hand, I didn’t really have time to start a new crime series. On the other, however, it’s a rare thing to get invited by a publisher to write such a thing. Rare for me, anyway.

I told Al I’d think about it, did the arithmetic, and gave myself three weeks. Six thousand words a day, five days a week, three weeks = ninety thousand word first draft. That seemed a lot, so I didn’t say to Al that was the plan, in case it fell apart on the first day, or in case he fell off his chair laughing.

Anyway, I got in the groove, and wrote THE JUDAS FLOWER, featuring all-new detectives Pereira and Bain, more or less on schedule. Another week or two tidying up, then handed it over. There have been a few changes since, but basically 95% of what I wrote in those caffeine-fuelled three weeks one Estonian spring is there in The Judas Flower.

The book, and the series, was approved by the Bastei chain of command, and then they also asked that a shorter, introductory prequel be written. I was into The Boy In The Well by then, but when that was finished, I wrote COLD CUTS – a punchy 32,000 words – which has become the first Pereira and Bain book. 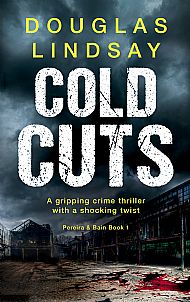 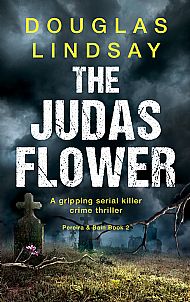 Cold Cuts will be available to buy online in November, The Judas Flower the following month, [plus both of them in German at the beginning of 2018 (if there is a 2018)] and the new Glasgow detective series, that began as a throwaway remark in an e-mail one grim April morning, will have been unleashed upon the world.

In the next exciting instalment of the state of things we answer the question: Pereira and Bain – Who the fuck are they?