When the Barney Thomson movie was announced, I – like any overly-optimistic author under the circumstances – immediately assumed I’d be inundated with publishing offers for The Long Midnight of Barney Thomson, and that I’d be fending off HarperCollins, Penguin and Random House all the way to a $1.5m book deal. I bought an Aston Martin, made a down payment on an original painting of Audrey Hepburn that was rumoured to be a lost Da Vinci, and set off on a cruise to New York on the Queen Mary II, in their finest luxury cabin, eating caviar (soaked in two thousand year-old port) for breakfast.

Then I was informed by every publisher in the world that since I wasn’t offering the digital rights – they were with Blasted Heath – they didn’t want my stupid print rights. No one wanted to publish the book.

When all seemed lost, Al, my man at Blasted Heath, introduced me to Adrian Searle at Freight Books, and Adrian agreed to bring out the movie tie-in edition. 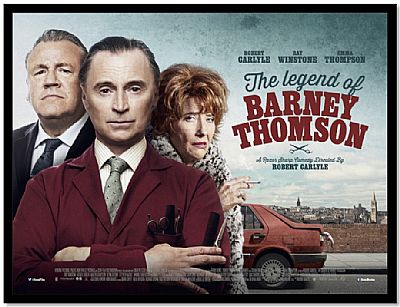 The movie opened the Edinburgh International Film Festival in June 2015. At the time Icon, the distributors, planned to release the movie to cinemas in the autumn, and so Freight were working on the basis of a September publication date. And then, at three weeks notice, Icon announced the movie would be in cinemas in July.

Freight got fucked. Nothing they could do about it. Wasn’t their fault, but suddenly they were rush-releasing, and there are not a lot of bookshops who buy in new titles at three weeks’ notice.

That was my introduction to Freight. I then sold Adrian my first two DI Westphall books, Song of The Dead and The Boy In The Well. Song Of The Dead was released in March 2016. It didn’t sell too many, and it wasn’t widely reviewed, although Stuart Cosgrove said some nice things about it on Radio Scotland.

Blasted Heath folded. I had twenty titles with them, and when they went out of business, Adrian was going to take on all those titles. Just digitally at first, but he had mentioned the possibility of putting the Hutton books into print. So I was on the cusp of having twenty-three titles published by Freight. Frankly, that’s going to bring any company to its knees.

As it was, before we signed the deal for all those Blasted Heath books, Adrian left Freight. The circumstances of Adrian’s departure have been the cause of much rancour, outrage and newspaper articles. I don’t really know exactly what those details are, so I’ve never contributed to any of those stories. My paragraph would have read something like:

‘The fuck should I know?’ said dystopian author Lindsay, from his home in a yurt on the Mongolian steppe.

Following Adrian’s departure, the company quickly slid towards liquidation. Publication of The Boy In The Well, due for September this year, was shelved. We few authors may have spent some time hoping that Freight would be snapped up by one of the publishing giants, and that suddenly we’d be at Christmas parties with JK Rowling and Winston Churchill. Instead, no one wanted us. Or, at least, no one wanted the job lot.

Already a couple of books have been bought by other publishers. Not me though. Freight is now officially dead, the rights have been returned, and so I start from the beginning. Again.

After twenty years, it gets pretty fucking tiring starting from the beginning. Currently a toss-up between bringing the Westphall books out myself, or looking up CompareTheAgent.com and going from there.

Either way, I’ll have Song Of The Dead available digitally again in a few days. And next week, The Judas Flower comes out from Bastei, so no rush to release The Boy In The Well just yet anyway.

It’s a long hard slog and, in the end, we all die.