The world of publishing was buzzing today with the pre-pre-order launch of Douglas Lindsay’s new novel, BALLAD IN BLUE. Set for release on 26th February, the book - an esoteric, modernist romance - sees Lindsay make a rare break from crime fiction, the genre that has seen him rise to his preeminent position as one of Scotland's fifty-seven thousand favourite authors.

‘I was at a publishing breakfast this morning,’ said one friend of a publishing insider, ‘and it was literally all anyone could talk about. Everyone was like, what?’

Dr Ian Shackleton, of the Glasgow Institute of Special Things, was in no doubt about the significance of Lindsay’s new title. ‘The world of men has fallen and all has come to darkness,’ said Shackleton, as he looked out on the streets of Glasgow, the damp, dank, grey morning illuminated by the burning engine of an abandoned 1987 Ford Fiesta. ‘Should we be thankful that in these grim times Lindsay is still writing novels, rather than contributing something useful to the planet?’ For a moment he left the question hanging in the air, as he looked towards the Campsie Fells, a triple mochachocaccino in his hand, then he added, ‘I think I’ll have a muffin.’

BALLAD IN BLUE will be available for pre-order at the beginning of February.

Joel Black is the guy you see, sitting alone in the coffee shop, staring vaguely out of the window. He loves old movies, has a job playing the piano down at the local grill, a Breakfast At Tiffany’s poster on his wall, Duke Ellington on the record player, and a melancholic look about him that says he lost someone. 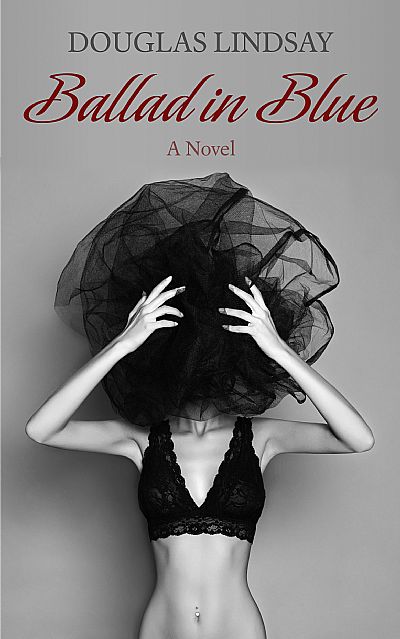