In what publishing insiders are calling "a thing that happened", the DI Westphall series, left crushed and abandoned after the catastrophic collapse of Freight Books, has been picked up by Hodder imprint, Mulholland Books.

Book 1, SONG OF THE DEAD will be re-released in November 2018

The hotly anticpiated, currently untitled, BOOK 3, predicted to be the most magnificent Westphall book yet, will be released in June 2019

Here's the press release, including a quote from me that makes me sound like a grown up. (They rejected, Lindsay said, "It was like getting cut by the Cleveland Browns, then getting a call from Bill Belichick.")

Other plans previously mentioned on this site currently put on hold. Full steam ahead for Westphall, worlds to conquer. 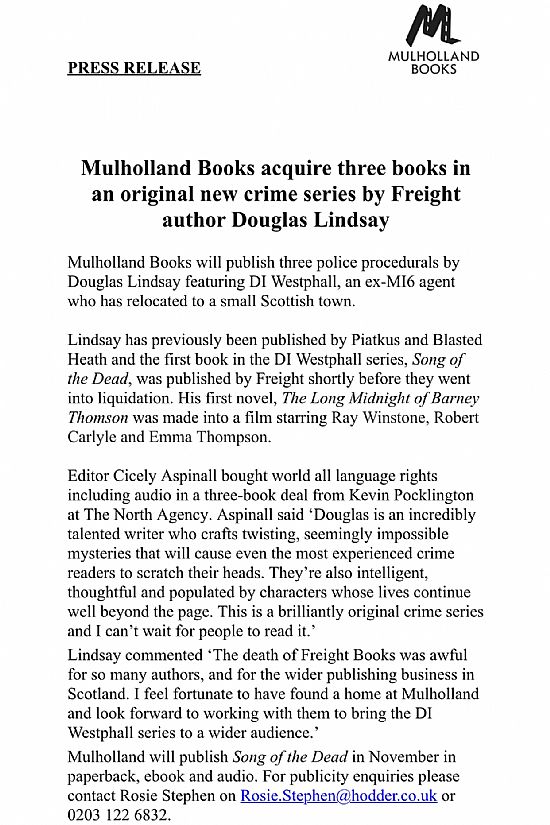