Mulholland Books have adjusted the release dates for the first three books in the DI Westphall series. They will now all be released in 2019, in a seven-month window. Accordingly, 2019 has been officially designated by the UN and the Nobel Committee as The First Annual DI Westphall Year*, brought to you in association with Killzone Pizzas and Trucks-4-BodyDisposal Truck Hire.

"The DI Westphall series doesn't just lower the bar, it is the bar."

*Some commentators have seen this as an attempt to distract from the fact that 2019 will also be the Year Of Human Annihilation, Due To War, Greed and Stupidity. 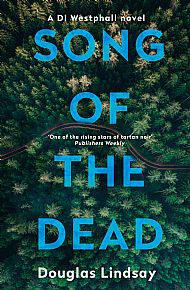