Here at Long Midnight Publishing, the crack team of cover designers, advertising executives, marketing supremoes and top-flite influencers have been reimagining the LMP book cover range to bring the company’s output into line with pre-WWIII design aesthetics. Sure, you might argue, the books are filled with the same shitty words, but new covers, so, you know, there’s that.

In a poll of thirty-six hundred marketing zeitgeist professionals, the “Blue Spectacles On Orange” image for Being For The Benefit of Mr Kite! came top. ‘It’s simply beautiful,’ said Hector Lestrange, digital faux outrage editor for Bald Haircuts magazine. ‘You’ve got orange, you’ve got the contrast of the blue spectacles, you’ve got the Beatles, you’ve got this explosion of colourful simplicity that says ejaculation in an awesome sauce factory. I love it!’ 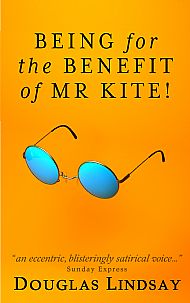 Other cover highlights include The Cutting Edge of Barney Thomson, featuring Jacob Rees-Mogg, The Final Cut, featuring the implements used by Gavin Williamson to persuade Tory MPs to vote for the fool Boris Johnson, and Barney Thomson: Zombie Slayer, featuring a depiction of a post-Brexit landscape. 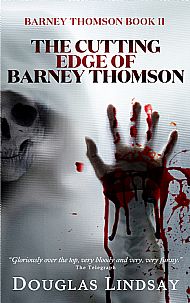 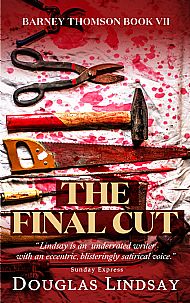 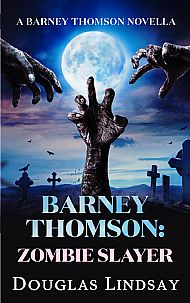 To see more covers go here. The redesign process is ongoing. It should also be noted that after an interregnum of some two years following the evisceration of Freight Books and the literal burning of stock, The Long Midnight of Barney Thomson is once again available in paperback. For all your original Barney paperback needs. 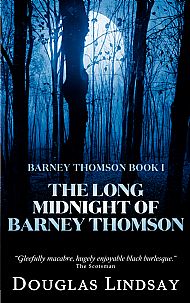