The ART OF DYING

We come to it at last, the third book in the DI Westphall series, THE ART OF DYING. It’s my favourite of the Westphall books, and perhaps of all my crime novels. Ah, you might think, that’s what all you artistic types say. Behold my latest work! It is my most magnificent! Bring me the finest muffins and bagels in all the land!

True, that is the kind of thing artistic types say. All I’ve got is that up until this point, whenever anyone put a gun at my head and insisted I tell them the favourite of my own crime novels, I always said PLAGUE OF CROWS, despite having written eight others since. And the last, THE BOY IN THE WELL, I’m not actually that keen on. The Art of Dying, on the other hand… Magnificent! I drink from the keg of glory! Bring me the finest muffins and bagels in all the land!

When I first conceived of The Art of Dying, the story and title, I did what all us authors likely do now, and searched Amazon Kindle for the title to make sure it hadn’t been used before. Or, at least, hadn’t been over-used. (And when I say I conceived the title, I took it from the George Harrison song, albeit the book has nothing to do with the George Harrison song.) This was two years ago, round about now. It looked pretty clear. Now there are approximately eight hundred crime thrillers called The Art of Dying, not least of which is the new Ambrose Parry, coming out next week. That's a bit like the mothers of the bride and groom turning up in the same dress. Too late to do anything about it now... Plans are afoot to put all Art of Dying authors onto an island in a Hunger Games type situation.

Here’s the publisher’s blurb for this month’s definitive Art of Dying. Accept no substitute!

When businessman Thomas Peterson is killed outside a football ground in the Highlands, there are several witnesses. Yet the hunt for the killer is proving as futile as the search for a motive.

Possible connections to Russian money and an eerie retirement home are soon thrown into the mix. To further complicate things, DI Westphall's MI6 past is coming back to haunt him. Guilt stalks his dreams, but could there be a message in these nightmares?

Westphall is in danger of losing his head just when he needs it the most. He must find answers, and fast, before the murderer strikes again. 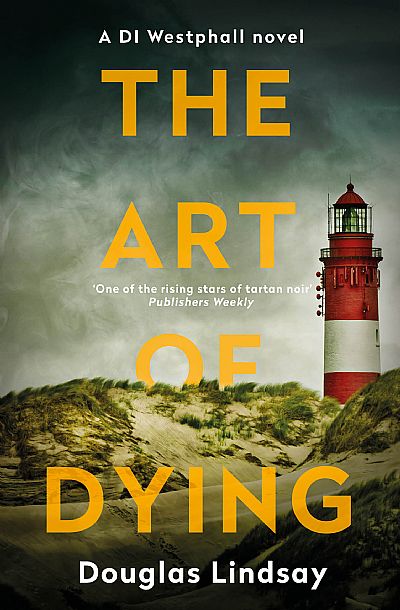