DS Hutton Book 4 - SEE THAT MY GRAVE IS KEPT CLEAN

The world of publishing heaved a collective sigh of relief today as the fourth book in the DS Hutton crime series, See That My Grave Is Kept Clean, finally saw the light of day. “It’s been a long time coming,” said Professor Malcolm Connery, of the Glasgow Institute of Special Things, “and many of us wondered if perhaps this day would never come. Now, thank God, we can forget, for but a short while, that literally everything else in the world is spectacularly shit.”

The fourth book in the series is also Lindsay’s fourth book release this year, with Laura Kuenssberg noting on BBC News that, “Lindsay has published books more often in 2019 that Britain’s been scheduled to leave the EU.” Nevertheless, booksellers around the globe were celebrating, with Jeff Bezos admitting that without Lindsay, Amazon would likely have been out of business by Christmas.

The book was written several years ago, in a more innocent time. Back in the days when the word Brexit didn’t exist, and the world did not stand so close to the edge of the abyss. However, the original publisher of the series, Blasted Heath, went out of business and never took the book on. The series was supposed to transfer to Freight Books, then they too went out of business.

Thereafter, it kind of got lost and fell between the cracks, like the Ring after Isildur was put to the sword. Other books were written, other series took prominence, and Hutton was forgotten. Now, at last, in a move the BBC called “the greatest event in publishing since the Bible scrolls were unearthed in the original Klingon”, See That My Grave Is Kept Clean is available for millions of desperate readers worldwide, and for a few hours they can forget that very soon civilisation will end in a plague-ridden, war-fuelled, climate catastrophe.

The Plague of Crows has come for DS Thomas Hutton, and Hell has followed…

A student pushed in front of a train.
A double decapitation.
A man dead in the street, beaten and drugged.
A woman wrapped in tape, her body dumped in a cellar.
The deaths around Glasgow, random, brutal and bloody, seem unconnected. Then an e-mail arrives in Hutton’s inbox, and suddenly he is thrown into another nightmare case, his world once again ripped apart in a brutal tale of revenge, sex, lies, guilt and murder. 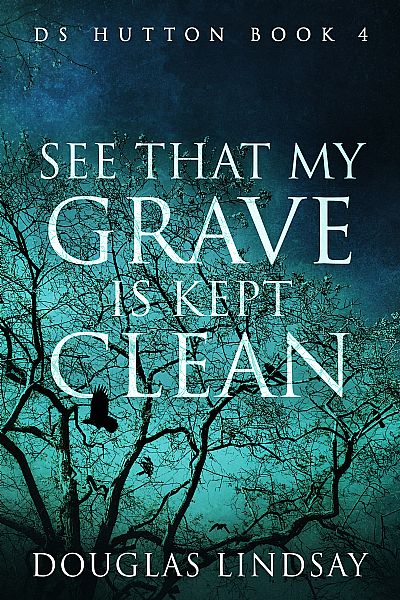 Comment from Rod Dyson at 11:52 on 27 November 2019.
Long time no speak sir, just finished the book. God, how much did I want it to finish well? What a page turner, up there with your best. Still shaking. Don’t think this one might make it to the cinema though, bit too racy for Wells! More power to your pen, keep at it boss! Cheers Rod