The following will make it look as though I’ve been exceptionally busy during the lockdown, but that hasn’t really been the case. In any event, my life during lockdown is almost exactly the same as regular life, except my wife has to cut my hair. Strangely, she's not letting me reciprocate. Despite all my experience of writing about cutting hair. Can't explain it.

COLD SEPTEMBER: A short story collection. It’ll be out in a week or two, though it's not available for pre-order. It will just appear one day, as if by magic. If you’re a close follower of my career, you’ll likely have read some of them before. There’s a couple of DI Westphalls, the old Jericho story The Case of The Stained Glass Widow, previously published by Blasted Heath, there are four rom-drams, one of which used to be on this website, the other three all-new; there are a couple of short shorts, which have been on here before; and there’s the short that was first published in the Sunday Express last year.

I’ll make the ebook free for the first few days, then it will retail at 99p. Its publication is more about complete-ism. There will also be a paperback, but unfortunately it won’t be possible to make that so cheap. 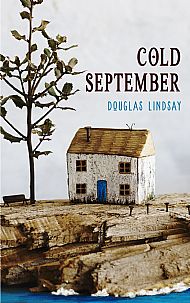 SCENES FROM THE BARBERSHOP FLOOR: The weekly Barney Thomson sitcom continues. I’ve got the branding sorted at last. You can read the latest episode, The Man in The Attic, by clicking on the image.

Coming In The Summer:

THESE ARE THE STORIES WE TELL: A stand alone, literary crime novel. Aiming for August publication. No graphics, no links, nothing to get excited about yet, just a heads up.

Coming In The Autumn:

DS HUTTON Book 5, IN MY TIME OF DYING: Here’s the blurb:

DS Hutton is back, in another dark and grim, blisteringly comic, sex and murder-fuelled serial killer thriller.
It’s a grey October in Glasgow, and the rain is mournfully falling, a requiem for a city left barely standing following the ravages of the long summer’s virus. And now a killer enters the narrative, to wreak havoc, spill blood, and to lead the city in a dance of death.
Hutton quickly finds himself at the centre of the investigation, castigated by the new chief inspector, vilified by the press and public, and taunted by an unseen murderer.
The danse macabre intensifies, the body count mounts higher, and Hutton, inevitably, inexorably, unbearably, is the last good man standing in the battle against a haunting and rapacious killer… 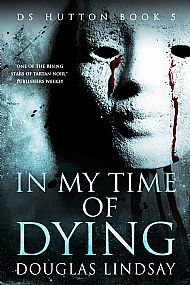 I’ve assembled the first four Hutton books into one e-volume. The intention being to get it out there and established, in time for world domination when the epoch-making brilliance of Hutton 5 is released in late October. 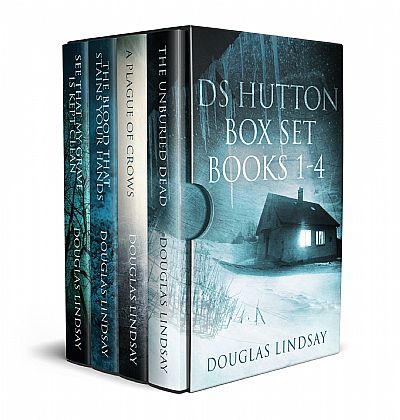 Check back in a few days for more news from the exciting world of Long Midnight Publishing.

Comment from David at 21:02 on 06 May 2020.
I love the DS Hutton series and am champing at the bit to read the next installment.

David, afternoon. Hmm... probably not, although not completely out of the question. The Westphall series made it to Audible because Mulholland had the rights to that, and they arranged it. For Jericho and Hutton to be on Audible, it means I'd have to organise it. Although I have thought about it previously, as with many other ideas, when it comes down to writing another book or doing the other thing, I always end up doing what comes easiest, which is writing the book.
On the other hand, my wife really, really thinks I should get it done, so there's that...
Douglas