COLD SEPTEMBER, a collection of short stories in book form, is now available. I’ve made the ebook free on Amazon for the next few days. Thereafter it’ll only be £0.99, so it’s always going to be cheaper than a bag of chips. This, one should note, is not a reflection on its quality. It’s definitely worth upwards of £1.06 or so.

There’s also a paperback version. Unfortunately, on Amazon, it’s impossible to make a paperback free, or indeed, even all that cheap. But it’s there for the completists.

There are a few new stories on here, a few old ones, a right old hodgepodge of melancholic romance, crime and general absurdity. Here’s the breakdown:

AGED EIGHT, ALICE ON THE SHORE: Longlisted for the BBC Short Story Award 2019. Melancholic romance. Alice has been making a mosaic of a giant squid for twelve years. The mosaic brings Beckett into her life, and she starts to feel alive for the first time in years.

IRON MAN: A DI Westphall short. I gave this to Mulholland last year to help with promotion of the Westphall series. I don’t think they did anything with it, but I’m not sure. A five year-old boy goes missing in his own home. Beautifully written.*

* That, tbh, is just my opinion. But I really like this.

THE TARANTINO VERSION: Used to be on this website a while ago. A teacher’s wife is having an affair. He is cuckolded and mocked. He wanders aimlessly around town, until he stumbles across a film theatre showing an old Tarantino movie…

This was originally my third attempt at writing a novel, back in my pre-publication days. That manuscript has long since been lost. At some point, I reduced the somewhat tedious 80,000 words to this much punchier 1,500 word version.

ONE MORE CUP OF COFFEE: Melancholic romance, about a compass. This too used to be on here under a different title. I did some work on it, made the principal characters Dylan fans, and named it after a Dylan song.

THE ELEPHANT AT THE TABLE: I wrote this last year for publication in the Sunday Express. And I put that on here too, so regular listeners will already know it. This, too, falls into the melancholic romance category.

TOUCH OF THE SPIDER: Another DI Westphall short that I gave to Mulholland last year for promotion purposes. They sent it out to readers who signed up to their newsletter. Westphall and Sutherland investigate the deaths of three cyclists in the Highlands.

THE RINGMASTER: Originally written for Crimefest in 2011. 157 words on the bloody death of the Ringmaster.

THE ARTIST: This used to be on here, quite a while back. An old actor makes a shitty vampire zombie movie.

THE CASE OF THE STAINED GLASS WIDOW (REDUX): Redux, eh, you’re thinking? This is a DCI Jericho short, originally published as a standalone by Blasted Heath. I read it again for the first time in years for inclusion on here, and thought it a bit shit. So I did some work on it. In particular, the characterisation of DS Haynes, Jericho’s sidekick, was poor, so I wrote him out of it, and added a young detective constable instead.

COLD SEPTEMBER, AND THERE’S REASON TO BELIEVE: More, all-new melancholic romance, this time set on Islay, at a seal sanctuary. I got the idea from watching an episode of Simon Reeve, where he pitches up at a turtle sanctuary, run by a man and woman, on the Med, as they’re releasing a turtle they’ve been caring for. And there’s Simon at the heart of it, hugging the woman as she lets the turtle go free, and the bloke is standing to the side watching; and I thought, maybe the bloke wants to hug the woman, maybe the bloke wants to be down there saying goodbye to the turtle. But here’s the guy from the BBC, making the turtle-release about him, and the poor turtle rescuer is left standing on the sidelines, bereft. So I wrote this story. 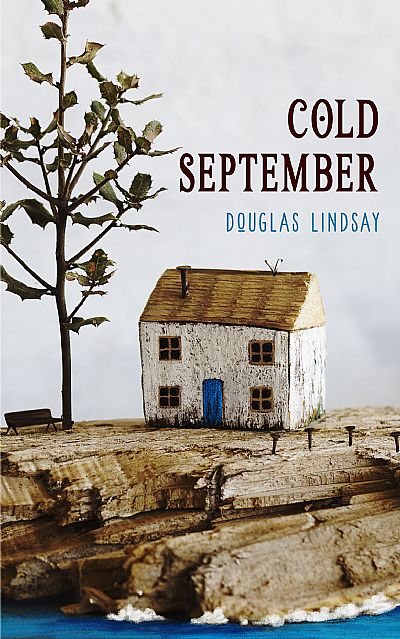