I Was Thinking That Night About Elvis

This Blasted Life is back at blastedheath.com, and the first 2012 edition of the blog that the critics are already calling "that thing written by some bloke" is now available.

I didn’t realise that Elvis was at my shoulder until I was about 30,000 words in and I took the unusual step of reading everything I’d written up to that point. I say unusual because normally I just make shit up until I get to the end, and then I reread the entire book and realise that somewhere along the line the principal nemesis has morphed from a 40 year-old gorgeous Russian spy into a spatula. Or something.

Click on the mysterious faceless person picture thing to read the blog. 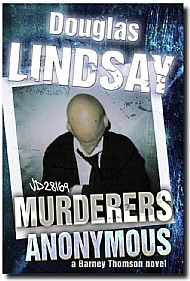