Douglas Lindsay Talks To Radio 4 About LOST IN JUAREZ

John Humphreys: This is some pretty fucking scary shit, man. Are you worried that the government will read LOST IN JUAREZ, consider you a threat, ban the book and send you to Guantanamo Bay?

Douglas Lindsay: Well, I hadn’t been worried about it before.

JH: But let’s just get one thing straight. This book is about a writer taking on the government, a government determined to spy on the population, a government that keeps tabs on anyone who takes any kind of anti-government stance and then uses so-called anti-terror legislation against them?

JH: And you don’t think they’re going to have your testicles on toast for that?

JH: There’s always been a bit of a conundrum for this kind of book, hasn’t there? If no one pays any attention to it, then you’re fine. You won’t get locked up, your family won’t be removed from you, your identity won’t be erased and you won’t be tortured. But then, if no one reads it, there’s no point in writing it or publishing it. You need people to read it, but then if it becomes popular, you’re pretty much fucked.

JH: It’s the dichotomy that faces all writers writing about political terror within their own country. You’re very brave.

JH: Invariably the writer of this kind of book ends up dead. It’s a bold move putting it in print.

JH: Fuck, man, you’re living in some kind of fantasy world. You think they don’t know about you? You think they haven’t been watching you? You’ve been hiding behind the anonymity of an unsuccessful Scottish writer that no one’s ever heard of. Now you’re talking to me. Tonight you’re booked on Newsnight with Paxman. Chances are, that by this time tomorrow you’ll be dead.

JH: Duncan Lindsay, thank you for talking to us. Lost in Juarez, the government conspiracy thriller, is still currently available, but it's pretty certain that by this time tomorrow the book will have vanished for all time, and anyone who has ever read it will have mysteriously disappeared. 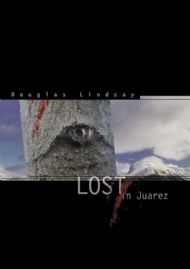 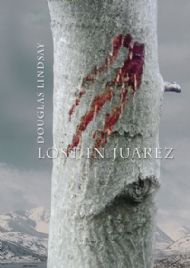 Comment from mcdroll at 17:28 on 03 April 2012.
Drat if I wasn't on holiday I would have heard that this morning but I've turned the radio alarm off...suppose there might be a podcast.