We Are The Hanged Man: Coming Soon

The cover is in on my latest crime novel, the first in the DCI Jericho series, WE ARE THE HANGED MAN. Publishing insiders are already calling it "a book". Another great cover from JT Lindroos. Should be available on digital bookshelves everywhere, from Blasted Heath, some time in June.

If anyone is thinking, holy crap, another one, it's not that long since The Unburied Dead... Well, I was taken on by Blasted Heath with a bit of a stockpile. There will be at least two follow-ups to We Are The Hanged Man, but unlikely that the second will appear for at least a year, what with it not having been written yet; the second Unburied Dead is at the just-finished-the-first-draft stage, so a few months away from completion; and there will be no new Barney Thomsons for the foreseeable future, although Blasted Heath still have four novels to digitally publish in the series. 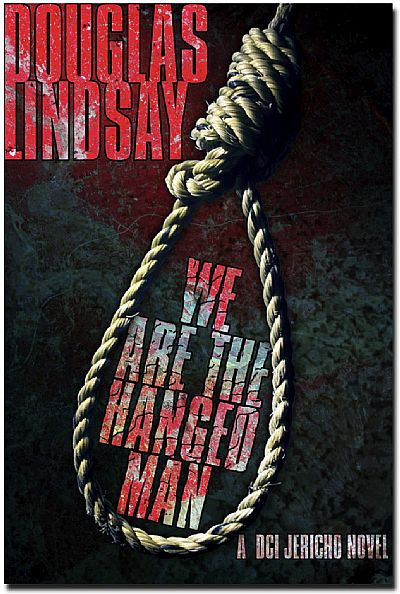 The Hanged Man of the Tarot represents a great awakening, but the sinister Hanged Man cards that mysteriously turn up on the desk of DCI Robert Jericho speak of death and foreboding. As he investigates a series of seemingly unrelated natural deaths, he becomes aware that he is being set up and that the conspiracy which is being constructed around him is gradually tightening.

Meanwhile the latest prime time reality TV show, Britain's Got Justice, is in search of an expert police panellist, and Jericho is suddenly thrust into a limelight he has avoided since the unexplained disappearance of his wife ten years previously. The press begin to hound his every move, ever more foreboding and grotesque Hanged Man cards find him wherever he is, and at the same time a killer, newly released from prison, quickly takes up the murderous torture that had him put away thirty years earlier.

Jericho has spent years searching for a quiet, anonymous life, but now there is nowhere for him to hide. The media are in pursuit. An evil, grinning skeleton waits for him on his pillow. Television films his every move.

Death will find him.