This is just an everyday tale of modern life, one that most people could tell. I’ve edited out as many uses of the word ‘fuck’ as I could, but inevitably many of them still crept in…

So last week I get an e-mail from my publisher saying that against all the odds I had earned some money and they’d like to send it to me. I said that would be fine. They said would it be all right if they paid me using PayPal. I said that I didn’t even know what that meant, and they explained that it was so simple you could put a shirt and tie on it and call it George Bush. I said, well yes, go ahead.

It turned out that I had a PayPal account from a few months ago when I’d used it to pay my CWA membership, so I didn’t even have to open one. All I had to do was give my publisher the e-mail address. That was it. That simple. They paid the money over. I waited a couple of days then went to my PayPal account.

It said there were four payments waiting. The publisher had been paid in various Amazon accounts and currencies and had passed these all on to me on the basis that Paypal would convert them.

I clicked on the first amount to say that I would like to accept it. PayPal asked that I verify my e-mail address. I looked at the computer and thought, I’m already logged in on this e-mail address, how can I verify it? I had to log out again in order to log in so that I could verify the address. It then said that I had already verified the address so I couldn’t verify it again. In fact it just plain looked at me like I was being stupid.

I clicked on the button to receive the money. It asked me to verify my e-mail address.

I had stupidly started this process at a time when I really only had a minute or two, not realising that I would quickly descend into a Kafkaesque hell.

Eventually I broke through the barrier and got onto the next stage. At this point it asked me to log on with the principal mail address for the account, which seemed to imply that I had another e-mail address attached to my PayPal account which is not the case.

Somehow, and really I have no idea what happened, I finally managed to get PayPal to accept the first payment into my account, following which I had to go through the same agonising process with the other three. It didn’t get much easier. If they’d had computer accounts in the Soviet Union, this is how they would have worked.

So, after about two and a half hours I had four payments in my PayPal account. Two of them were for quite small sums. These had been instantly transferred. The other two were for several hundred pounds each. These two would be held pending for a week before they were transferred.

See all that Bob Diamond shit? That’s not why the banks and financial organisations are fucking bastards. This kind of thing, fucking you up the arse right in front of your face, holding onto your money just for the hell of it, that’s how they’re fucking bastards.

Q: Why does an electronic transaction take six days to clear?

A: Because they’re fucking bastards. 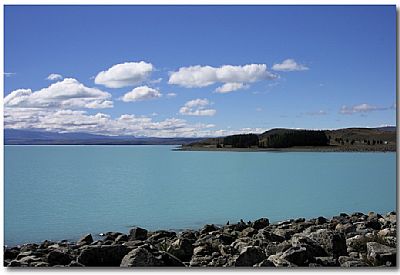 A week goes by. I get an e-mail from my pals at PayPal to tell me that the two payments have cleared. I trot along to my PayPal account. Had I been on the ball, I would of course already have put in my bank details so that I could remove the money, but despite everything I had thought it would be a fairly straightforward process. What a spanner.

I put in my bank details. My PayPal account tells me that I can now transfer £500 a month out of the account. What the actual fuck? If I want to transfer more than that, then I have to fill out another form. I think, fuck you, I’m not getting sucked into this shit again. I’ll take the £500 and worry about the rest of the money later.

It all goes well, I get the form filled out in seconds.

Two hours later I get an e-mail from PayPal saying that I need to confirm my bank account. I do this by filling in the form that I had elected not to fill in earlier which, it turns out, I have to fill in anyway or I’ll never get the money. Part of this form allows me to set up Direct Debits through PayPal. I don’t even know if this will allow me to pay direct debits to PayPal or with PayPal. Maybe it just means they’re going to steal money from me. All I know is that I abso-fucking-lutley do not ever want to pay a Direct Debit through PayPal, but if I don’t fill in the fucking form I won’t be able to withdraw the fucking money.

I fill in the fucking form. The next page comes up. It says:

As far as halfway? To complete the process I have to suck the cock of the man who runs PayPal.

No, not yet. To really complete the process, they will place two small amounts of money from them into my bank account. When this has happened – in another two or three days time – I establish what those amounts are and then fill in another form, and then, presumably, my account will have been confirmed and they will be able to transfer my £500, although that will of course take another two or three days to clear.

One cannot write the word fuck anywhere near enough in one’s lifetime to accommodate situations like this. The fuckers sat down and worked out a series of processes that would be as long and drawn out as possible, so that they can hang onto the fucking money FOR THE REST OF THEIR LIVES.

In my particular circumstances – where I have a Scottish bank, but live in England and don’t know of any nearby ATM where I can get a statement – it means that I’ll have to phone my bank to ask about the two small amounts from PayPal, but then as part of the verification process over the phone, the bank will ask me to say what the amounts are and I won’t fucking know because I’m phoning them to find the fuck out.

One day I might actually be in receipt of the money. Until then I’ll starve.

Next time – if there is a next time – I will instruct anyone who wants to pay me money to have a man ride a horse through the night – Alan Rickman if possible – to deliver my payment in gold coins, held in a small leather pouch tied with string.

These are supposed to be advanced times, but by fuck if they had actually sent this money by fucking horse I would have had it a week ago.

PayPal, you can get to fuck. My wish for you is that you go the same way as Lehman Brothers and Glasgow Rangers.

If anyone wants me, I’ll be herding goats on the Mongolian steppe.