A PLAGUE OF CROWS Poised To Be Unleashed - World Holds Breath

The vote on the Plague of Crows cover has been completed, the marketing, editorial and artistic gurus at Blasted Heath have ratified the result; the final edit of the manuscript is in the bag; the book's precursor, THE UNBURIED DEAD, has been running free on promotion on Amazon for a few months, garnering tens of thousands of downloads; the reviews for Unburied Dead are pouring in, dividing the nation in a maelstrom of love/ hate, acclaim/ disdain, rapture and offence.

'Yet, whatever is it that makes The Unburied Dead so divisive,' says Professor Malcolm Connery of the Glasgow Institute of Special Things, 'A Plague of Crows has it times a thousand. Lindsay has clearly bought into the old publishing maxim:

"He pulls a shit, you pull a fuck; he puts one of your men in the hospital, you leave one of his totally fucked up and brutally dead in a forest. That's the Glasgow way."'

With publication approaching, and the economic recovery of the UK almost entirely dependent on its success, here's a look at the final cover of the book that critics are already calling, 'a crime novel due to be published in the autumn of 2013.' 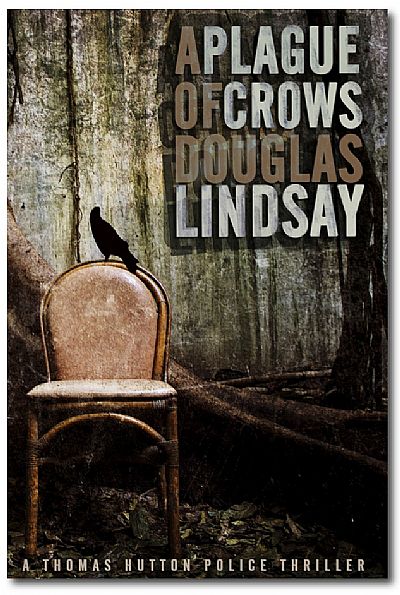