Publishing insiders have long queried why it is that Douglas Lindsay's government conspiracy thriller LOST IN JUAREZ has never taken off and become a worldwide, bestselling smash, selling trillions of copies, while being made into a movie starring Ewan McGregor and Michael Caine.

Many believed that when Amazon Kindle came along and revolutionised the process of book buying and reading, that this would be the chance for Juarez to finally take off. So far, however, it hasn't happened, and at a recent conference in Glasgow attended by editors, marketing gurus, government ministers and scientists, delegates put forward a series of suggestions as to why Juarez has so far failed to make any inroads into the crazy world of the bestseller.

The communique released at the end of the conference suggested five reasons, listed below, why Juarez hadn't made the breakthrough.

The executives here at Long Midnight Publishing have taken these findings very seriously, and after a series of excruciatingly long meetings, have come to the following conclusions.

Firstly, there's not too much to be done about the first three items. The book is as the book does, and the author currently known as Douglas Lindsay - believed living in a cave overlooking the Heilongjiang River in northern China - likes it that way.

Some consideration was given to ditching the title and giving the book a more generic, thriller-esque name. However, negotiations eventually broke down on this subject over whether to choose LETHAL DEATH or SHADOW CONSPIRACY.

In the end we changed the cover. Here it is, designed by cover uber-maestro, JT Lindroos. It's epic. 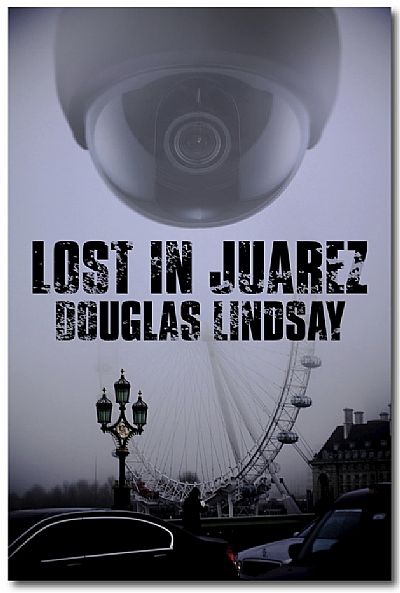