As the news was announced, crowds gathered in Trafalgar Square to celebrate, cannons were let off around the country, and beacons were lit on mountain-tops throughout the land to spread the word of publication of the book that some critics are already calling, "the most momentous work of literature ever published in all time."

The Prime Minister immediately called a meeting of the infamous COBRA committee, as the government put plans in place to deal with the outbreak of celebratory panic which is expected to engulf the nation. Political pundits are also predicting that once the book is released, and 25 million individuals download the title in the first twenty-four hours, the country will grind to a halt as the nation settles in for the long read. Commentators worry that this will be the moment when Britain is most vulnerable to invasion.

Lindsay, who has spent the past six months in exile by the banks of the Heilongjiang river in northern China, is expected to make a triumphant return to the country in the next few days, whereupon he will embark on a world tour of Britain, opening supermarkets, meeting local celebrities and appearing on television over seven hundred times in five days. 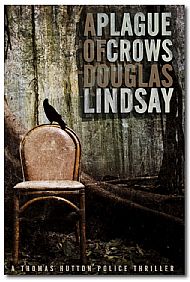