FOR THE MOST PART UNCONTAMINATED Update

The first book in the series of Douglas Lindsay's blog collections, FOR THE MOST PART UNCONTAMINATED, has been given a groovy new cover, by the hand of uber-cover guy, JT Lindroos. Click on the image to go to the book, which will be free on Amazon Kindle from Thursday 24th October, for five days.

Tomorrow, the groovy new cover for THERE ARE ALWAYS SIDE EFFECTS. 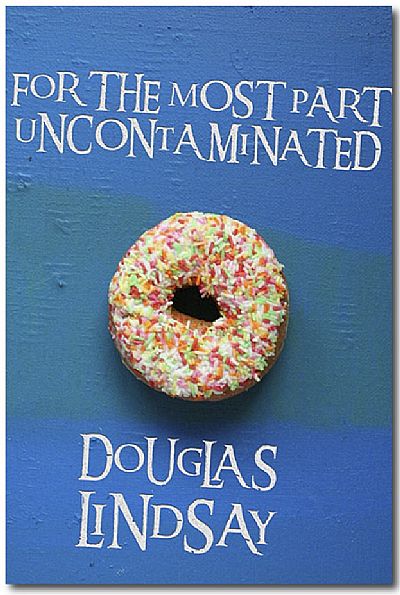 Maybe there will be a fourth, bootleg, blog collection. Although, obviously, I'm still going to have to find them first.
Comment from eatbostik at 17:01 on 22 October 2013.
Apparently I have approx 144 pages of them stored on my work computer if you want them. I was going to get a Kindlized version for the missus as your fine review inspired me to take her to Belgrade on our honeymoon. Unfortunately "The Jungle Book" wasn't playing at the time, so we went and watch Red Star instead. Surely the best way to start a marriage.
Comment from Douglas at 18:23 on 22 October 2013.
Belgrade? For your honeymoon? Because of my review of The Jungle Book? Holy shit...

Well, hope you enjoyed it. Belgrade, and Red Star, I mean, obviously not The Jungle Book.

I would love those 144 pages. There really is no rush, if it's something that's going to take you a while to put together. School holidays at the moment, and I'm also working on the Plague of Crows follow-up, so although I've kind of trailed the Kids... book, it's not really anywhere near completion. Or, indeed, commencement.

There are some of the Belgrade ones in the SIDE EFFECTS blog collection, but not many.