It was announced today that the film adaptation of Douglas Lindsay's first novel, The Long Midnight of Barney Thomson, THE LEGEND OF BARNEY THOMSON, will headline the Edinburgh Film Festival, showing on opening night, 17th June 2015. 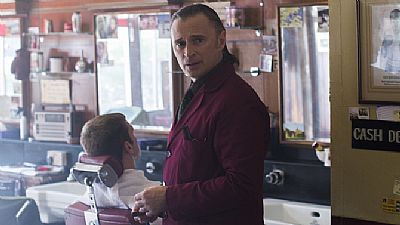 Lindsay was unavailable for comment, and indeed has not been seen in public for almost ten years. Some reports suggest he is currently in the middle of central Asia searching for the lost world of the dinosaurs.

The filming of the first Barney Thomson novel, THE LONG MIDNIGHT OF BARNEY THOMSON, is finally underway in Glasgow today, directed by Robert Carlyle, and starring Carlyle, Ray Winstone and Emma Thompson. There was confirmation this week that the movie will be distributed in the UK by Icon Films.

As you can see from producer John Lenic’s photograph from this morning, the movie will be titled THE LEGEND OF BARNEY THOMSON.

It’s been a difficult road for the filmmakers, and an even longer one for Barney. I wrote the book about nineteen years ago this summer; the film rights were first sold, to another company, in November 1998, three months before the book was published. It’s been a long lonely highway from there to here, an early highlight being the time when one of the original producers came up with the batshit crazy idea of having Robin Williams play Barney, because he’d heard he wanted to make a film in Scotland. I doubt the script at the time ever got anywhere near Robin Williams.

Film people throw names around like torn up pieces of newspaper in the wind, stuck in an eternal loop of fantasy casting, so when Robert Carlyle was first mentioned in relation to the project it sounded great, but kind of too good to be true. Yet, four years later, more or less, here we are. He stuck with it, and now Barney is his.

Up until now the old barber and I have co-existed in almost total obscurity. This is the point when Barney shoots ahead and becomes far more well known than his creator. Good luck to him, and all who sail in him. 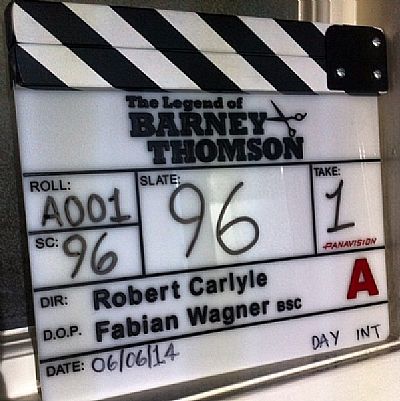 10 April 2014The Shackleton Report Comes To The Herald Online

The Shackleton Report - the online blog written by Douglas Lindsay, covering all the latest news items on Scotland's 2014 Independence Referendum with regular contributions from Dr Ian Shackleton of the the Glasgow School Of Politics and Footbal, as well as Professor Malcolm Connery of the Glasgow Institute of Special Things - which has been appearing on this website over the past few weeks, has now graduated to the website of the The Herald newspaper.

The Shackleton Report will appear every Monday morning on the Herald's site, and will include a digest from the previous week's news from this site, plus new material. Click on the image to go to the Herald's page. The Herald operates a pay wall, but you can read a few articles per month on the site without needing to pay.