Bloke who writes stuff, Douglas Lindsay - 49 - today sought to distance himself from the growing tide of rumour suggesting that he will soon be named as the replacement for Matt Smith in hit TV sci-fi drama, DR WHO.
While news of Smith's exit was greeted with shock, dismay and a series of pan-global mass suicides, commentators, TV experts and barking mad people on the internet were quick to compile a list of potential replacements. It surprised no one that Lindsay's name was at the top of the list, beside Sir Sean Connery, Harry Styles, Halle Berry and West Wing's Bradley Whitford. However, Lindsay has quickly made it clear that he's not in the running.
At just after 0643Zhrs this morning, Lindsay issued the following statement from a chateau in the south of Vietnam, where he is currently holidaying with his wife and four children.
"Like, whatever."
Smith will bow out in the show's 50th anniversary special to be broadcast in November, a show that will also see other actors in the role of the Doctor, including David Tennant, John Hurt and Professor Brian Cox. It is believed that the BBC intend keeping the identity of the new Doctor a closely guarded secret, to be revealed only at the moment of the Doctor's regeneration. 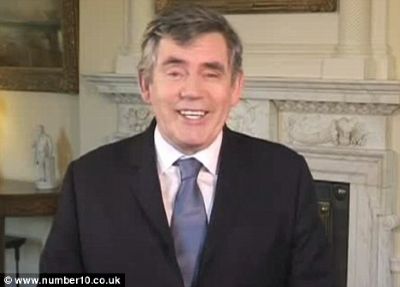 The bookie's favourite reacts upon hearing he's the front runner

While Lindsay's decision to exclude himself from the running at such an early stage removes some of the glamour of what will surely be the year's most anticipated TV moment, some media insiders are relieved that the circus can continue without the distraction that Lindsay invariably brings to the show.
One famous producer, looking out over the spires of London on a bright and glorious June morning, said, "Am I upset? Really? I've never even heard of this fucking guy."