When I signed with Hodder for the publication of the Westphall series, they asked me to write a couple of short stories featuring our melancholic Highland detective, which they would use for promotional purposes. This produced the two shorts, TOUCH OF THE SPIDER and IRON MAN. I doubt either of these really helped with promotional activities – indeed, not sure they did anything at all with the latter – but they exist, and some of us in my head are quite happy with them. They can be found now, of course, in eclectic short story mix COLD SEPTEMBER. 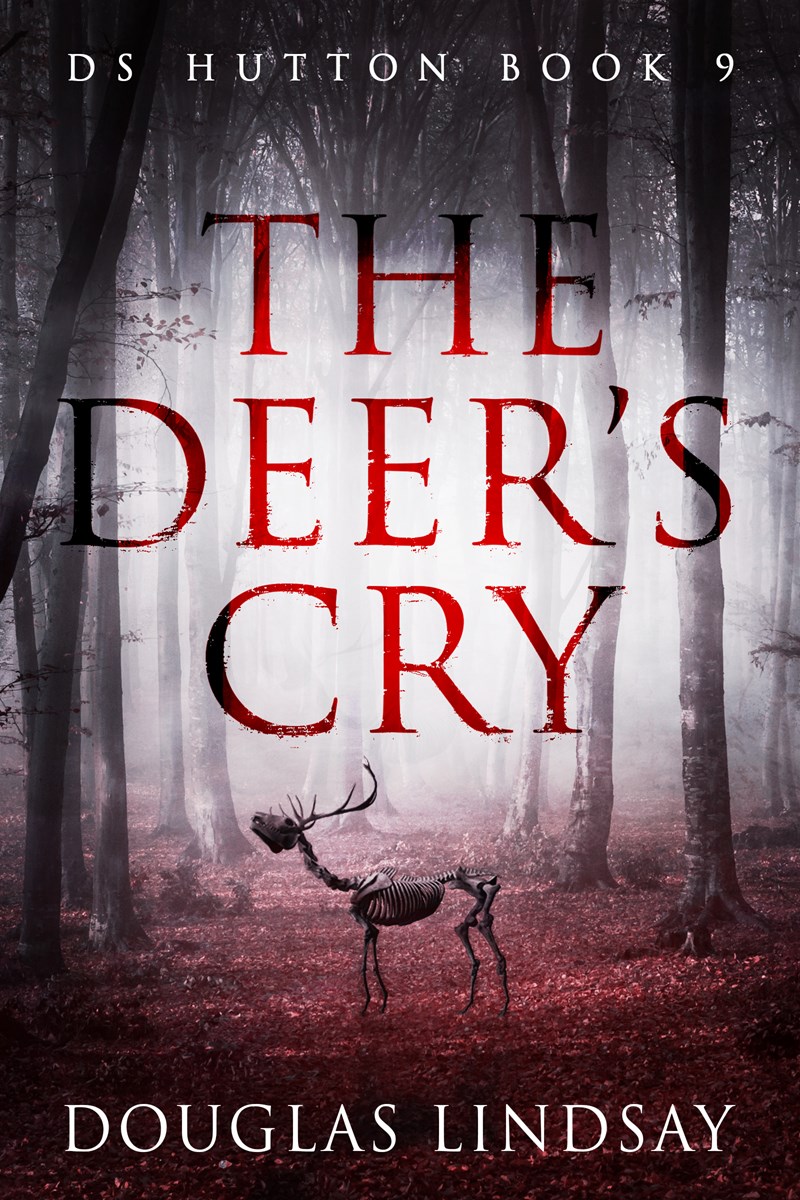 There was another short I started writing, entitled THE DEER’S CRY, that kept growing and growing, and never seemed to be coming to a conclusion. At some stage it had obviously become a novella. And really, a crime novella is only ever another murder short of being a novel, so I began to think of it as a potential fourth Westphall.

Of course, as the history books tell us, Hodder didn’t want a fourth Westphall, and so the unfinished novella stayed where it was.

There was another issue with it though. The content was pretty salacious, the crimes unpleasant and a little too real life, and it didn’t feel Westphall-enough. All the way through, I was writing it thinking, this isn’t right for a Westphall story. That was probably the real reason it was never finished.

And then, at some point this summer, I had the genius idea – or, just idea as some might call it – to take the basic bones of the story and make it a Hutton novel. Salacious and Hutton are not unfamiliar bedfellows, though here we find Hutton himself being less salacious, as a counterpoint to the grim ugliness of the accused.

Now, work on the book is almost done, due for publication on 31st October this year. Hutton Book 9, THE DEER’S CRY. Below is the blurb. Killer opening line I thought.

A grim murder case spirals into a haunting vortex of sex and death.

When a young woman, Lilith Bain, is found dead in local woods, all the evidence points to her father as her killer. And when, after a couple of days, Gordon Bain finally admits his guilt, it ought to be case closed.

However, DS Hutton, now heading up the small detective branch at the station, is not so sure. If it’s all so clear cut, why is Lilith Bain haunting his dreams? And if Gordon Bain really is the killer, why are so many people lying?

And soon enough, while the confessed murderer remains in custody, there is a second murder, and Hutton and his team are now in a race against time to stop an escalating cycle of bloodshed.