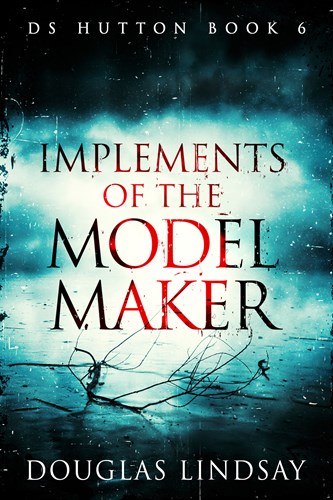 Implements Of The Model Maker

A few years ago, I was in the old maritime museum in Fat Margaret Tower in Tallinn, before they did the revamp. All the exhibits were marked up in Estonian and Russian – unlike the newer half of the Tallinn maritime museum at the seaplane harbour, where the exhibits were marked in Estonian and English. So, really, I was looking and not learning anything. Being a lazy museum and gallery visitor, I rarely read much anyway.

There was a section of the museum given over to model ships. Many of them dated from the Soviet era and had been made by the same chap. Unusually, I thought, space had been given over to pay homage to this fellow. Part of this was a large cabinet, which was filled with neatly laid out tools. And in the middle of the cabinet, in English – the only English I remember seeing in the entire visit – was a small sign with the words: Implements of the Model Maker.

First off, I came up with a plan for a standalone, where an inspector in the National Crime Agency, Elizabeth Bishop, travels to Massachusetts, where a British maker of model ships, Dr Crispin Thebes, a peculiar, mute, Lecter-esque genius, is accused of a double murder.

I returned to Plan A, and started writing that version at some point early last year. About ten chapters in, I hit a wall. That’s pretty early to hit a wall. Dr Thebes being mute didn’t help on the wall front. I think on screen it would be terrific, but in book form, I was struggling to make it work. I abandoned it, and wrote DS Hutton Book 5, In My Time of Dying instead.

Then I went back to Model Maker Plan A. The wall was still there. I thought of writing it as a movie script, but that wall proved to be just as high.

Somehow, by some means, I’ve sold more Hutton books in the last nine months that any other kind of book at any other point in my career, so I decided it made sense to write another Hutton novel, hot on the heels of the last one. And there was Dr Thebes. And I thought I should put myself out of my misery, and write the story as a Hutton novel.

That changed everything. Now it’s not a work of creepy, Lecter-esque genius, standalone and fought over by publishers brandishing seven-figure deals and the keys to the castle… it’s just a Hutton novel, much like the others. Dr Thebes is no longer mute, though I did manage to bring in Elizabeth Bishop from the NCA. There’s not really much about making model ships, but that’s probably a positive… And it’s pretty funny, which is also good. Always better when crime novels are funny.

Clear, then, that at no stage did it occur to me to use model maker as some sort of metaphor. The model maker was always a maker of models. However, as readers will note, there’s virtually nothing about his implements in the book, bar passing references here and there. This is obviously because the ‘implements’ part of the title is the metaphor, and the true skills of Dr Thebes do not lie in making models. At least, that’s what future generations of literary scholars can infer.

So, here it is, Implements of the Model Maker, DS Hutton 6. My part in the great tragedy that is 2021.