On The Hutton Series, and Forthcoming Book 8, BLOOD IN MY EYES

The release of the DS Hutton series has been sporadic over the years, for one reason or another, which is likely contrary to all sorts of the laws of publishing. Now, 2022 is seeing a new level of output.

Book 1 was written in 1997 in Senegal, and originally saw duty under the title 21 YEARS ON THE BACK OF DIXIE KLONDYKE’S SPANISH GUITAR as a publicity release when I first started a website, twenty-one years ago. Then, years later, when Kindle began, I tweaked it a little, released it on there, and had some paperbacks printed up. That didn’t last long, and those paperbacks, of which only about ten were sold, are now worth upwards of absolutely nothing.

The book was at this point (early 2012) retitled as THE UNBURIED DEAD, sent out into the world by digital publisher Blasted Heath, and the series had begun.

I’d started writing Barney Thomson 8, but then decided with Blasted Heath that a second Hutton would be more worthwhile, and so I scrapped the Barney, and repurposed the plot as Hutton Book 2, A PLAGUE OF CROWS, which was published in 2013.

Book 3, THE BLOOD THAT STAINS YOUR HANDS came in 2014, and then I started writing Book 4, SEE THAT MY GRAVE IS KEPT CLEAN. In the middle of that we moved to Estonia, and I was distracted by writing Westphall 1 and Jericho 2. By the time I got around to completing Hutton 4 in spring 2015, the Blasted Heath fellows had decided to give up on the digital publisher dream, and return to astronaut training.

At this point the intention was that Freight Books would take over the Hutton series, and so Book 4 was parked. 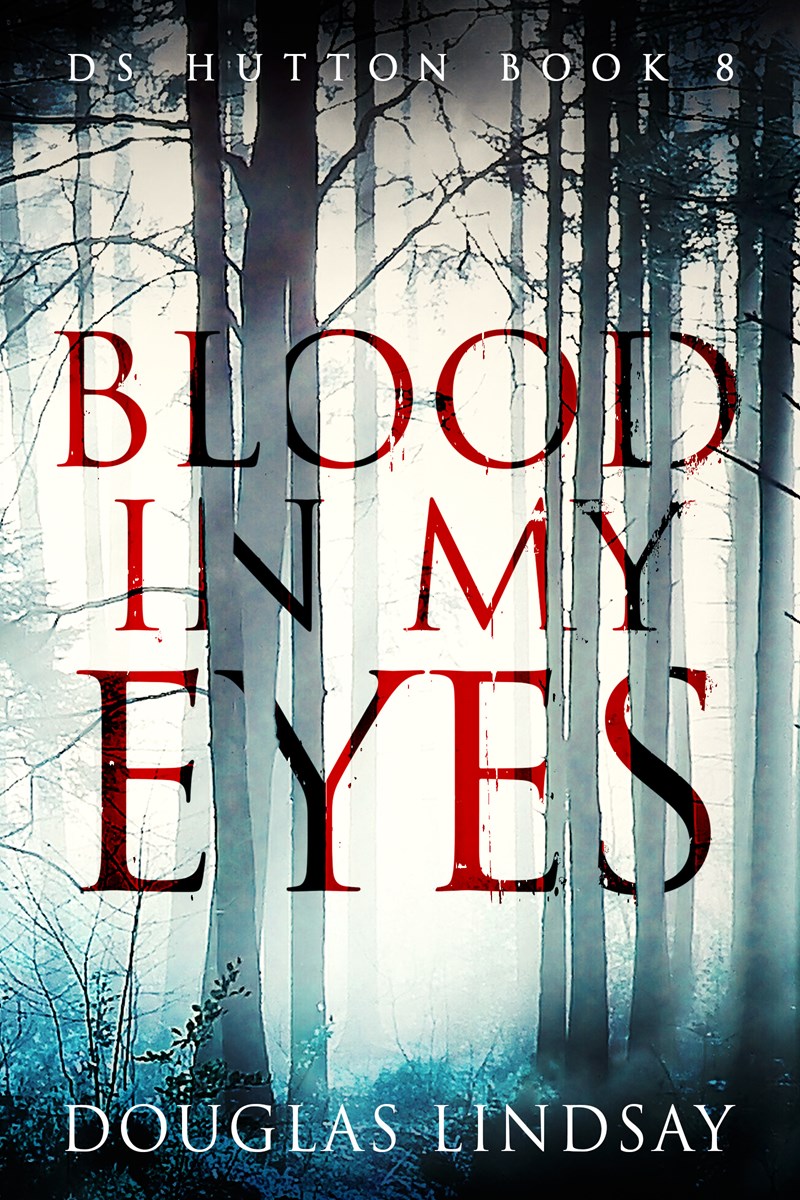 Blasted Heath finally folded. Then, out of the blue, Freight Books also folded. By this time, I had crime books stacked up and nowhere to go. I immediately republished the first three Hutton novels on Kindle, but held up on Book 4, so that I would have something new to show a publisher if I thought of anyone else to whom I could pitch the series.

In the end, Hodder took up the Westphall series, and I kept the Huttons to myself. Book 4 was released in November 2019.

In recent years, a study of the Kindle crime series market reveals several writers with phenomenally high, regular output, with the likes of JD Kirk, Ed James, and LJ Ross amongst others, publishing three, four or five novels a year. I’ve come to thinking that I ought to be replicating this, and while I have another new series lurking in the wings, which will likely be the one with which I crank production up to the maximum, at the moment we have the ongoing Hutton series to work with.

So, Hutton Book 8, BLOOD IN MY EYES, is already nearing completion, and will be available in August. It’s unlikely that the yet-to-be-titled Book 9 will appear before the end of the year, but we’ll see. For now, click on the image to share in the magic, as DS Hutton comes up against an horrific killer running amok amongst the fair citizens of Cambuslang.